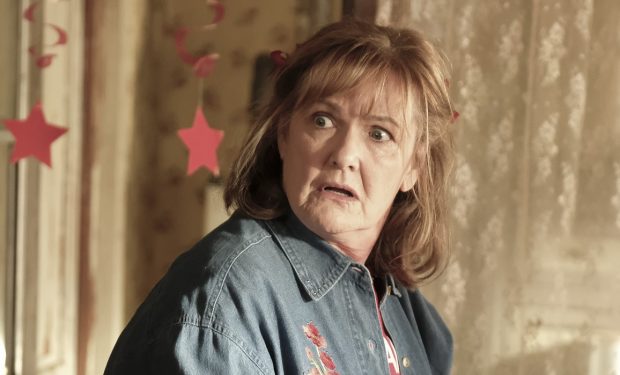 At the party, when denim-wearing Deb discovers Kay (Lennon Parham) and Beau (David Koechner) have secretly separated, she gets very upset.

Deb is portrayed by Nancy Lenehan. She’s appeared on so many TV shows it’s difficult to choose which shows to highlight — but here goes…

Lenehan is recognized for her recurring roles on Veep (Nancy Ryan), The New Adventures of Old Christine (awesome as Principal Marcie Nunley), Worst Week (mom Angela Clayton), My Name Is Earl (Kay), and in movies including Steven Spielberg‘s Catch Me If You Can (Amy Adams’ mother Carol), and John Hughes’ She’s Having a Baby (neighbor Cynthia), among many others.