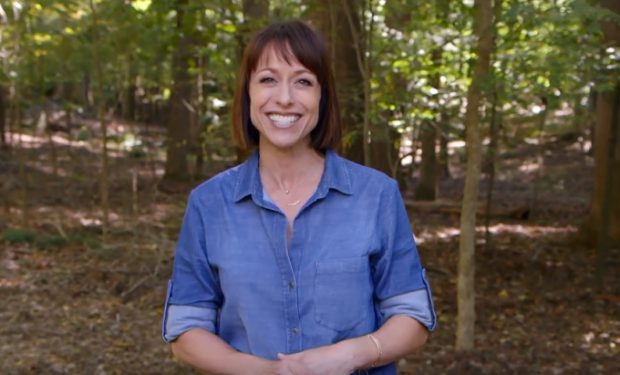 The new reality TV competition The Toilet Paper Wedding Dress Challenge is like Project Runway meets Say Yes to the Dress. Designers compete to create a one-of-a-kind wedding dress out of two-ply toilet paper, and you can watch the whole process “from the bathroom to the craft room” on TLC.

The three judges are Monte Durham from Say Yes to the Dress: Atlanta, Jeremiah Brent from Nate & Jeremiah by Design, and Zanna Roberts Rassi, Fashion Editor at Large at Marie Claire. The show is hosted by Paige Davis.

When not filming The Toilet Paper Dress Challenge or Trading Spaces, 49-year-old Davis has been enjoying her downtime in the sun and in a bikini. The super close-up bikini photos of Davis lounging by the pool have her husband of 18 years, Tony Award nominated Broadway star Patrick Paige (Hadestown), almost speechless. He wrote, “Damn.”

Paige is also a singer and dancer who has performed in musical theater on Broadway including in productions of Chicago (Roxie) and Sweet Charity (Charity Hope Valentine), among others.