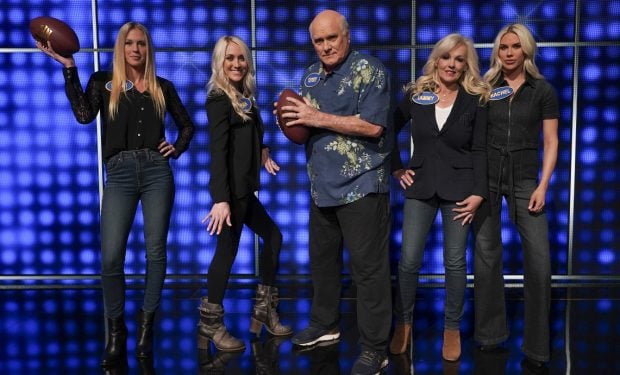 Tammy is Terry’s fourth wife, and the mother of Lacey Luttrull. The mother of Bradshaw’s daughters Rachel and Erin is his third ex-wife, lawyer Charla Hopkins.

Erin Bradshaw, the world champion equestrian who just got married and turned 30, isn’t afraid to show off her killer abs in bikinis, see below…

And Rachel looks happy and healthy in her strapless bikinis with her boyfriend Dustin who according to her father “ain’t in the family circle yet.”