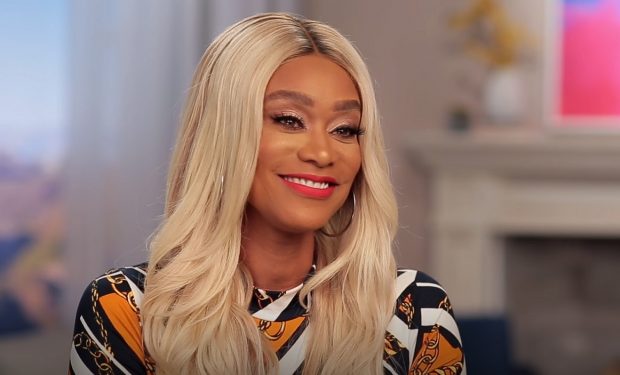 On Season 8 of Basketball Wives, Tami Roman surprised all the ladies by telling them she finally married her longtime boyfriend Reggie Youngblood. She hasn’t been spending too much time with the other wives because she’s been focusing on her rap career. She recently recorded her music video as her alter ego Tatiana Trill, video below.

When not filming Basketball Wives, Tami is probably on another TV or movie set or at a photo shoot. Her recent photo shoot for Kontrol Magazine was filmed and not only did she share it but she pointed out her thigh dimple. She says it “WILL NOT be making an appearance in the final photo.”

Roman said the photo shoot “took me WAAAAY out of my comfort zone!” and her fans love her for it, and for her tiny little imperfection!