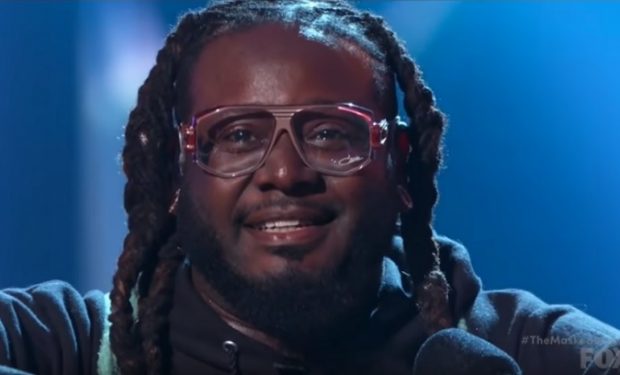 Before the two Season 2 characters are introduced on the mystery singer TV show The Masked Singer, the winner of Season 1, rapper T-Pain returns to chat up the celebrity judges/guessers — Robin Thicke, Jenny McCarthy, Ken Jeong, and Nicole Scherzinger.

But before his reappearance on The Masked Singer, T-Pain went to the annual cosplay Dragon Con in Atlanta with his daughter who was dressed like Dutch van der Linde from the Red Dead Redemption video games. T-Pain was Leroy Smith, the martial artist in the video game Tekken.

As one fan told T-Pain, both of them looked “hella hard!”

The 33-year-old father and his teenage daughter Lyriq apparently took the family car to the big event — a rainbow-painted Rolls-Royce Phantom with suicide doors. See photo above. Now that ride is nasty, fast and furious — and all the other killer adjectives too.

Season 2 of The Masked Singer premieres Wednesday, September 25 at 8 pm on FOX. [BONUS: Stream any FOX show through the FOX NOW: Live & On Demand app here. Download is FREE.]