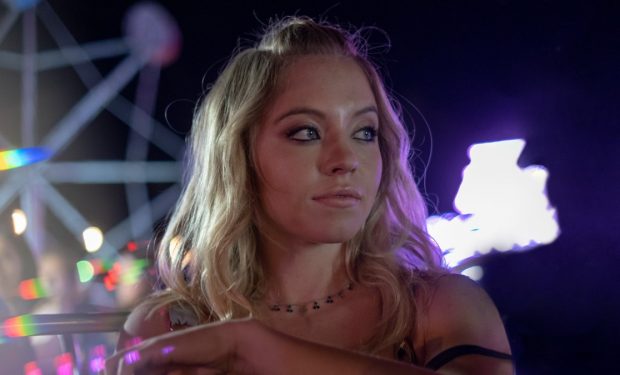 Although the HBO drama about troubled high school students, Euphoria, is a massive hit, the stars of the show including Zendaya (Rue) and Sydney Sweeney (Cassie) will have to wait until next year to receive Emmy nominations. That said, Sweeney does attend the 2019 Emmy Awards ceremony in Los Angeles. She looks amazing in a red strapless Marchesa dress on the red carpet, see photo below.

Days before the televised event, Sweeney posted less glamorous photos of her on the Amalfi Coast in Italy, where she says she “got stung by a jelly fish after the first photo.. and burnt like a lobster after the second..”

P.S. Euphoria will have a second season — but details regarding the premiere have not yet been released. They just aired the Season 1 finale this summer!

The 71st Annual Primetime Emmy Awards will air on Sunday, September 22 at 8 pm on FOX. [BONUS: Stream any FOX show through the FOX NOW: Live & On Demand app here. Download is FREE.]