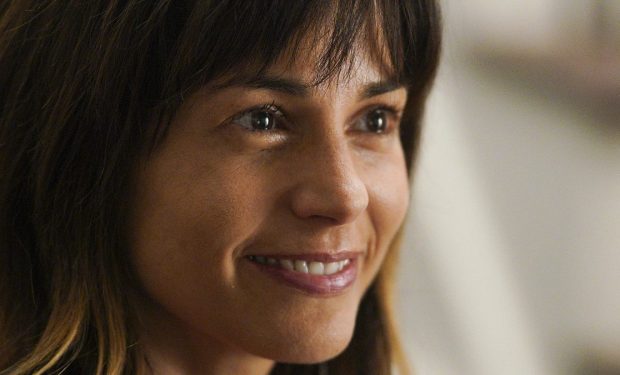 On the Season 2 premiere episode of A Million Little Things, ‘Coming Home,’ while Gary (James Roday) and Maggie (Allison Miller) struggle with living together post-cancer, Eddie (David Giuntoli) feels compelled to tell Katherine (Grace Park) the truth about being the father of Delilah’s (Stephanie Szostak) baby.

When Szostak posted the strapless bikini pic above which reveals her incredibly muscular body, her AMLT co-star Allison Miller commented: “I had to take a break from this and come back to it to even be able to type out a comment I’m so envious of the musclessss.”

Szostak was gracious and replied: “Ha! Will trade some musclessss for any guitar playing and song singing ability.”

Lizzy Greene, who plays Sophie on AMLT, summed up her feelings about the bikini pic with one (prolonged) word: “danggggg!!!” Keep in mind: Greene looks pretty terrific and athletic in a bathing suit too, see photo below.

A Million Little Things airs Thursdays at 9 pm on ABC, right after Grey’s Anatomy at 8 pm and right before How to Get Away with Murder at 10 pm. [BONUS: Stream any ABC show through the ABC GO Digital App found here. Download is FREE.]