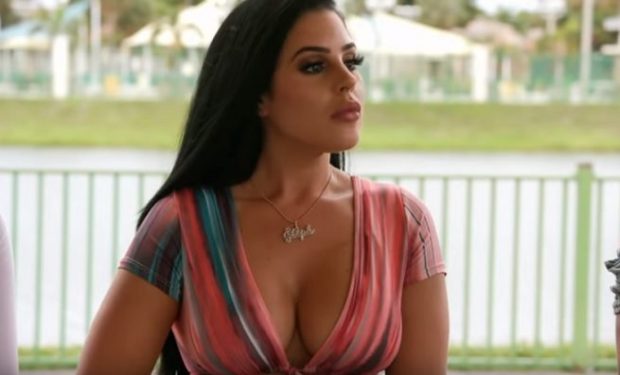 On Season 2, Stephanie is going to bat for her girl Kat “Tatu Baby” Flores who deals with the return of her baby daddy Eddie, who was just released from prison after serving three years on drug related charges. When Stephanie sees Eddie, she tells him, “I don’t think Kat deserves a guy like you.” (She deserves better!)

When not filming Cartel Crew or in the studio, Stephanie is modeling incredibly sexy string bikinis that emphasize her big boobs, skinny waist and curvy hips.

Stephanie wears more bikinis and sexy lingerie in her music video Te Equivocaste (loosely translated You Have it Wrong or You Made a Mistake).