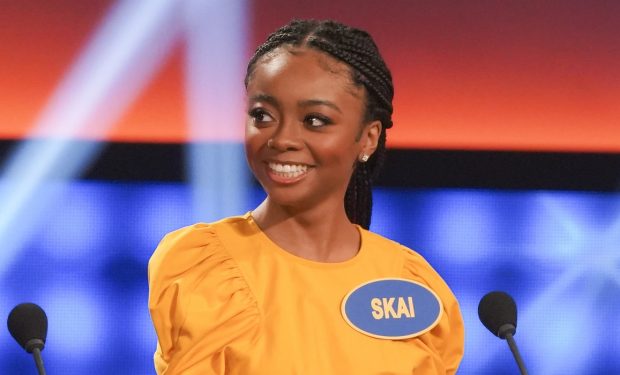 On Season 5 of Celebrity Family Feud, host Steve Harvey welcomes two child actors to the TV game show. Hudson Yang of Fresh off the Boat plays against Skai Jackson, the 17-year-old who’s best known for her role as Zuri Ross in the Disney Channel series Jessie with the late Cameron Boyce. Jackson and her family, including her gorgeous mother Kiya Cole, are playing for the Cameron Boyce Foundation.

When not on a set with Skai, Kiya makes sure to carve out some time for herself. In January, the 44-year-old Kiya declared (while wearing a sexy bikini, see below) that she’s working her emotional and physical health.

She wrote: “I’m in decent shape, but things can always be better. I’m on a mission.”

While in Thailand, at the Ammatara Pura Pool Villas, Kiya got wet in a plunging navel-reaching swimsuit which revealed a lot of skin!

Skai and Kiya could pass as sisters!