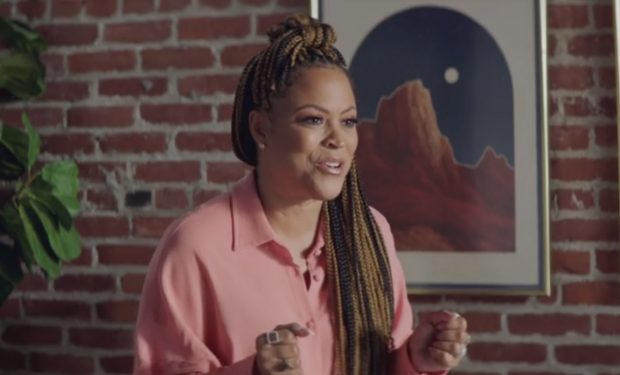 Basketball Wives executive producer and star Shaunie O’Neal, ex-wife of NBA legend Shaquille O’Neal, is playing herself in a Degree men’s deodorant commercial. Here’s the scenario: a man is sitting at home watching Shaunie on TV (presumably on Basketball Wives) when she pops out of the screen and tells the man to get up from the couch.

She’s proceeds to show him how to move “like a boss” and “throw doors open” when making a dramatic entrance. The dude gets it, and it’s hilarious — see above. Basketball Wives airs Wednesdays at 8 pm on VH1.