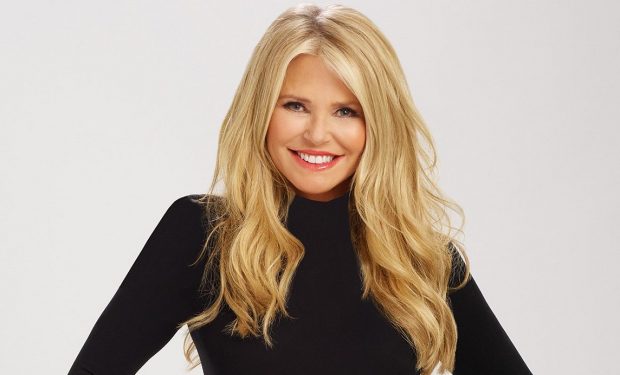 Supermodel Christie Brinkley broke her arm during Dancing with the Stars rehearsal so her gorgeous 21-year-old daughter Sailor Brinkley Cook is stepping in and taking her celebrity contestant place. Sailor is the daughter of Brinkley and her fourth ex-husband, architect Peter Cook.

Sailor is a professional model just like her mother and her father is proud of her work, especially when she made her debut as a Sports Illustrated swimsuit model rookie in 2018!

Sports Illustrated isn’t the only magazine Cook saves. When Playboy publisher Hugh Hefner died, he took a photo of his copies of the very first Playboy magazine with Marilyn Monroe on the cover (and in the centerfold). Such a copy has been auctioned for up to $10,000. (Cook also showed off his original second and third copies of Playboy!)

Above is Cook with his daughter Sailor at New York Fashion Week where she walked the Sherri Hill show in a bridal dress. And yes, that is Alec Baldwin’s daughter Ireland Baldwin on Cook’s other arm.