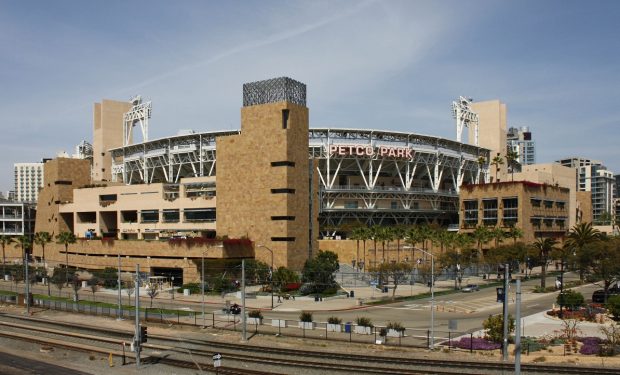 One of the starting pitchers on the San Diego Padres is Nick Margevicius. The 23-year-old left-handed pitcher played college baseball at Rider University before he was drafted by the Padres in the 2017 MLB draft. He made his major league debt in March.

When not on the mound, Marge spends time with his gorgeous fiancee Shannon Kelly, a former high school soccer player, who’s not afraid to share bikini pics.

Nor is she afraid to reveal a lot of skin — see naval plunging mini dress below.