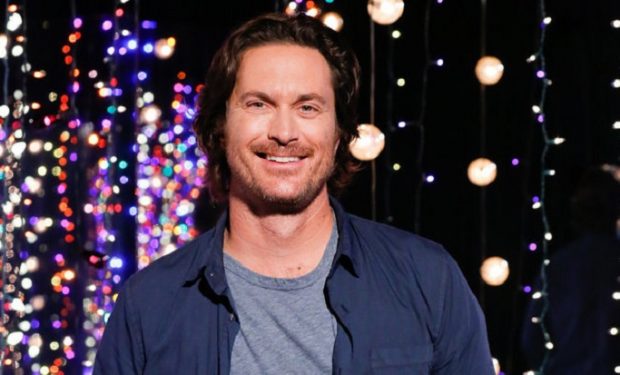 Actor Oliver Hudson (son of Goldie Hawn, brother of Kate Hudson) is playing on Hollywood Game Night with dancer Derek Hough and Sherri Shepherd on Wednesday, September 4. When not on a TV set, Hudson spends time with his gorgeous wife of 13 years, Erinn Bartlett.

To celebrate his wedding anniversary, Hudson shared a photo of his wife in bikini and he in a see-through white Speedo (see above). He jokes in the caption that he “got kicked out of the family pool.. and was banished to the beach.”

More than one fan pointed out how far apart his nipples appear in the photo, and refer to it as “the nipple gap.”

Not: The 46-year-old actress Bartlett was a beauty pageant winner, too. She was runner-up for Miss Massachusetts Teen USA in 1989 and then won the title and crown in 1991. She also competed in the Miss Teen USA pageant.

They have three adorable children together: two boys aged 12 and 9, and a 6-year-old daughter.