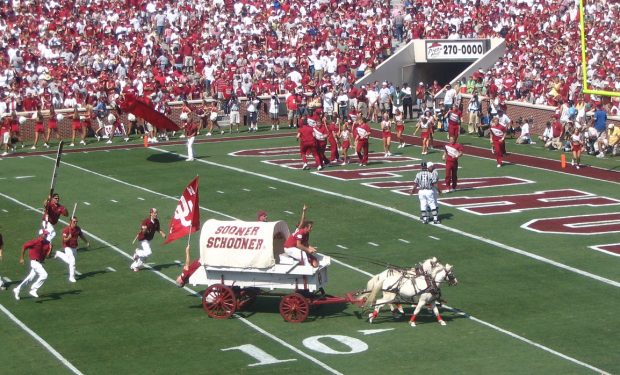 Senior Jalen Hurts is the starting quarterback for Oklahoma, and he’s doing a great job this season – they’re 2-0 – and he’ll likely win the Sooners third game against UCLA even at the Rose Bowl (Saturday, September 14, 8 pm on FOX). UCLA is 0-2. Like the hundreds of thousands of Oklahoma fans across the country, walk-on quarterback Tanner Schafer will be watching Hurts’s every move.

But Shafer has other great things to look at too! When not on the field, Schafer spends time with his gorgeous girlfriend Skylar Holder, who is also a student at the University of Oklahoma and is a sorority sister at the Delta Delta Delta house. She has a good sense of humor too. In the bikini pic above, where she is clearly tanner than her pale-skinned boyfriend, she asks, “who’s tanner?”

Tanner is tanner in the photo above!

Above: Skylar is on the far right, in the red bikini.