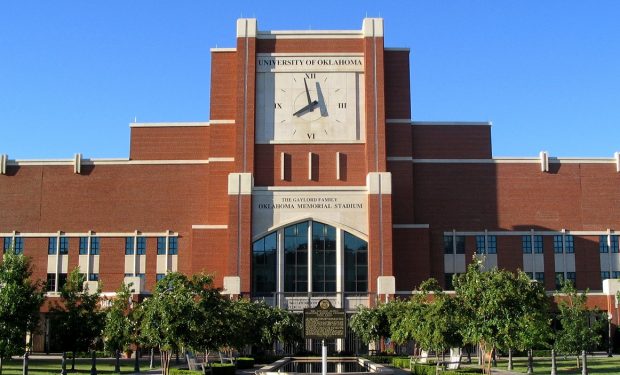 The Oklahoma Sooners football team is on a winning streak (2-0) as they head to the Rose Bowl in California to play against UCLA, who are 0-2. While recent transfer Jalen Hurts is the starting OU quarterback — he played the last three seasons at Alabama and helped Crimson Tide reach a 41-3 record — Connor McGinnis is the OU holder. McGinnis has served as team holder in every OU game for the last two years.

When not on the field, the 22-year-old senior McGinnis spends time with his longtime girlfriend Baillie Miller, who McGinnis refers to as a “Amazon Goddess” in the bikini pic above.

The cute couple has been having fun in the sun together since high school. They’ve been dating for 8 years!