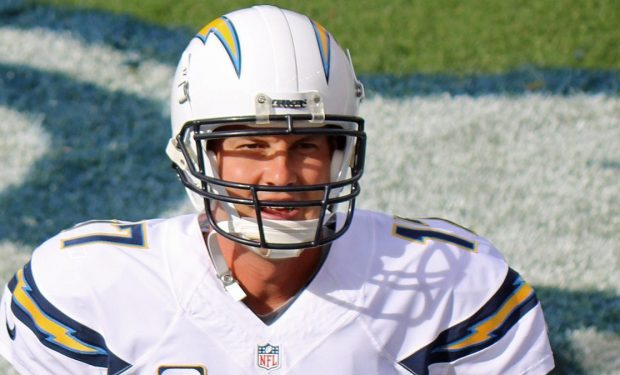 At 37, Philip Rivers is one of the oldest quarterbacks playing in the NFL (Tom Brady is the oldest at 42). Rivers has been with the San Diego-now-Los Angeles Chargers since the 2004 NFL Draft (he was picked by the New York Giants who traded him for Eli Manning, who’s now 38).

When not on the field, Rivers spends time with his wife of 18 years, Tiffany Rivers, his junior high school sweetheart! Earlier this year, Tiffany gave birth to their ninth child, their seventh daughter, and launched a swimsuit line, Hermoza.

Tiffany’s business partner Marisa De Lecce told WWD the idea came from a lack of “functional, modest swimwear.” Hermoza doesn’t sell bikinis. De Lecce explains Hermoza suits are designed to “enhance the dignity of who you are as a woman instead of overly sexualizing you.”

The Hermoza line is stylish and dignified, for sure, but certainly not Sports Illustrated Swimsuit Edition material. That’s, as they say, by design.