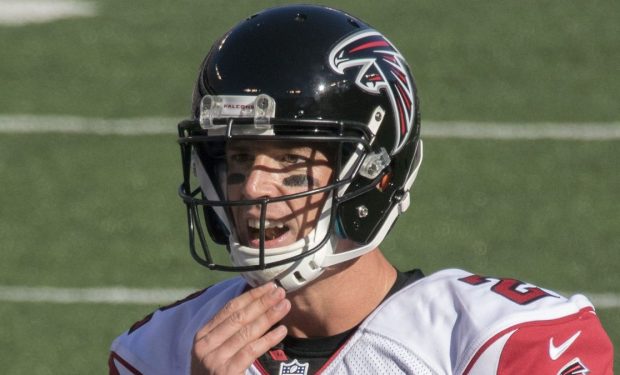 With one game under their belt, Super Bowl champion quarterback Carson Wentz and the Philadelphia Eagles (1-0) head to the Mercedes-Benz Stadium to face quarterback Matt Ryan and the Atlanta Falcons (0-1) on Sunday, September 15 (8:15 pm on NBC).

When not on the field, Ryan spends time with his wife of eight years Sarah, mother of his one-year-old twin boys, Marshall and Johnny. When the couple found time to go out to dinner, Sarah rocked a glamorous and functional outfit — a sexy pin-striped blazer without anything (not even a bra!) underneath.

She wrote: “Time saving tip for all the moms out there: tops that transition seamlessly from breast feeding to a dinner out.”