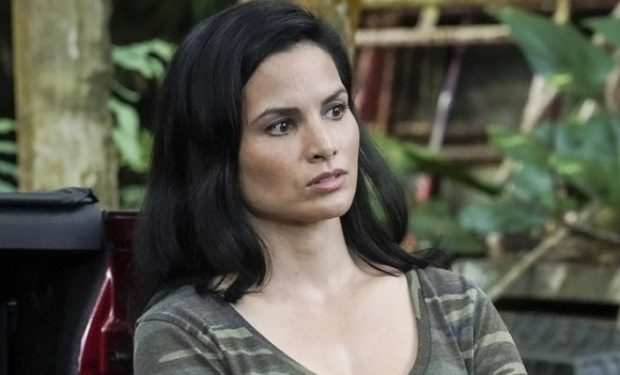 In the Season 10 premiere episode of Hawaii Five-0, ‘Ua ‘eha ka ‘ili i ka maka o ka ihe (The skin has been hurt by the point of the spear)’, McGarrett (Alex O’Loughlin) and Five-0 try to protect mob bosses on the island who are being targeted by an assassin. They receive help from a new ally, Sgt. Quinn Liu from the military police, who’s portrayed by Katrina Law.

Law is known for her roles on Arrow (Nyssa al Ghul), The Oath (karen Beach), Sacred Lies (Stephanie Bailey), Training Day (Rebecca Lee), and Spartacus (Mira), and as a bikini model. See video above, in which she gets caught in a wave in Nicaragua. She captioned it: “The perils of working with nature.”

P.S. Law says she is often asked about her heritage. Her parents met during the Vietnam War: her father is American, her mother is Taiwanese.

Hawaii Five-0 airs Fridays at 8 pm on CBS, right before Magnum P.I. at 9 pm and Blue Bloods at 10 pm, starring the original Magnum Tom Selleck. [Stream every CBS show through CBS ALL-ACCESS with a free trial.]