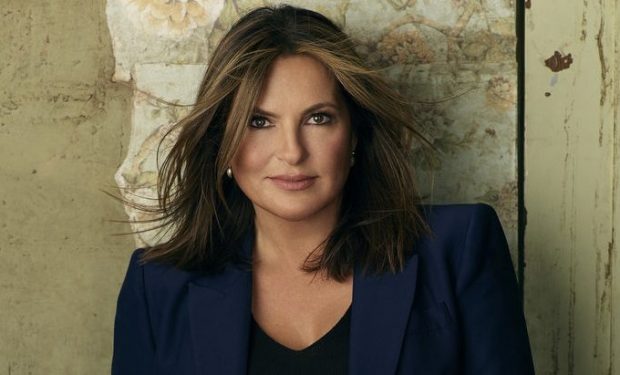 On the Season 21 premiere episode of Law & Order: Special Victims Unit, ‘I’m Going to Make You a Star’, NYPD Detective Olivia Benson (Mariska Hargitay) finds herself in a high-stakes game of cat and mouse after an actress on an expired visa accuses a high-powered media mogul, Sir Tobias Moore (Ian McShane) of attempted rape.

When not filming Law & Order: SVU, Hargitay spends time with her family and occasionally shares family photos including the one above of her late mother, actress Jayne Mansfield, who looks like Marilyn Monroe in, as the song goes, an itsy-bitsy teeny-weeny yellow polka dot bikini. Like Monroe, Mansifeld was one of the first Playboy Playmates.

Hargitay’s father was Mansfield’s second husband, professional bodybuilder and Mr. Universe Mickey Hargitay. Mansfield tragically died in a car accident (with three of her children, who all survived including Mariska, in the back seat of the car), at the age of 34.