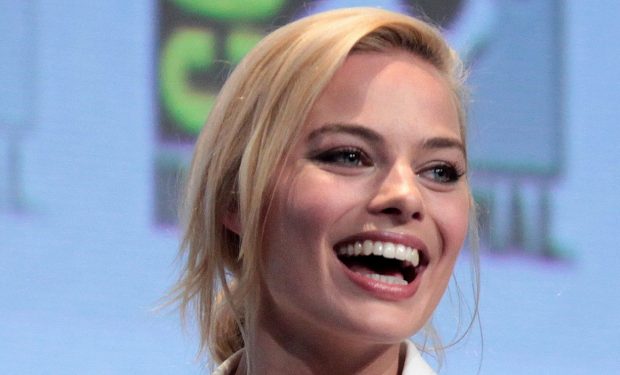 When not on a movie set, actress Margot Robbie is likely getting her photograph taken. The influential fashionista was most recently filmed dancing in a white angelic dress for Chanel. In the TV and online commercial below, the 29-year-old Australian-born actress introduces Chanel’s new eau de parfum, Gabrielle Chanel. (Before creating the House of Chanel, Coco was Gabrielle.)

The song featured in the ad is Beyoncé’s 2008 hit single, “Halo,” from her I Am… Sasha Fierce album.

Robbie was most recently in Quentin Tarantino’s Once Upon a Time in Hollywood (as the late Sharon Tate) with Leo DiCaprio and Brad Pitt.

Robbie will appear next on the big screen in the Roger Ailes drama Bombshell with Charlize Theron and Nicole Kidman and John Lithgow as Ailes – out in theaters on December 20, 2019.