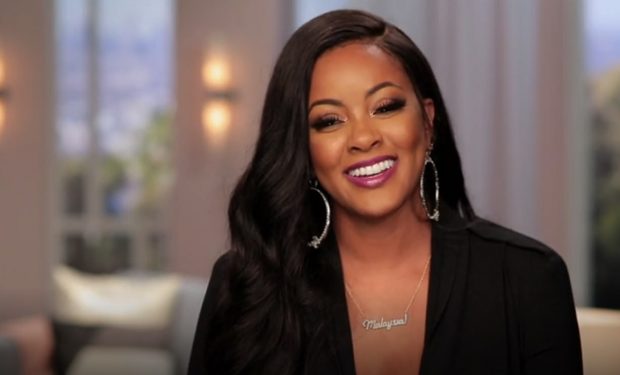 On Basketball Wives, when executive producer Shaunie O’Neal announces that she’s looking to buy real estate in Costa Rica, she also invites her friends to come check out the gorgeous Caribbean nation and make a vacation out of it. But when Shaunie tells Malaysia Pargo and Evelyn Lozada that she plans on inviting Jen Williams, too, Malaysia throws up her arms in disbelief.

When not filming Basketball Wives, Malaysia is busy posting photos on Instagram. When she posted the before-and-after photos below (an ad for weight loss supplement Boom Bod), she didn’t indicate which pic was before and which was after. While most fans wrote sentiments like “sexy in both”, many asked “Is the black the before? If so, I DO see a difference. I think because it is the 2nd picture instead of the first people are just a little thrown off. I was too at first.”