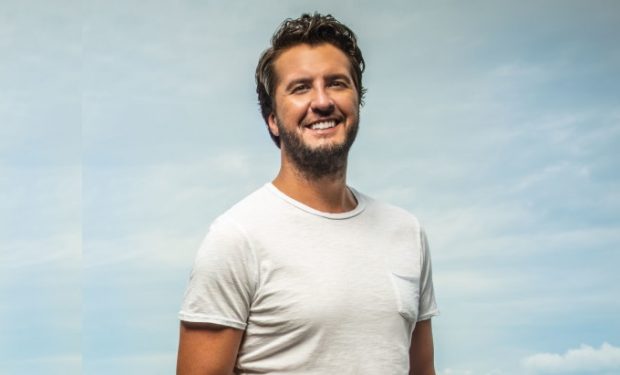 Country singer Luke Bryan likes to surprise people… and while a camera is rolling. On the CBS special Lip Sync to the Rescue, where first responders lip sync to hit songs, Bryan surprises a group of sheriff deputies in a middle school gym where they’re rehearsing his song “Knocking Boots” — sneaky sneak peek video below.

When not performing on stage or judging American Idol, Bryan spends time with his gorgeous and hilarious wife of 12 years Caroline (nee Boyer) Bryan. In the video below, Caroline looks great in a red and white striped bikini but is glum because she’s in Mexico (for her husband’s 4-night country concert Crash My Playa) and it’s raining. Watch till the end.

Caroline also has fun “picking” on her friend in the bikini. She refers to herself as a “best bad influence friend.”

The Bryans have two sons, 11-year-old Bo and 9-year-old Tatum, and are parenting the three children of Luke’s late sister Kelly (who died in 2007) and her husband Ben (who died in 2014). Sweet family photo below.