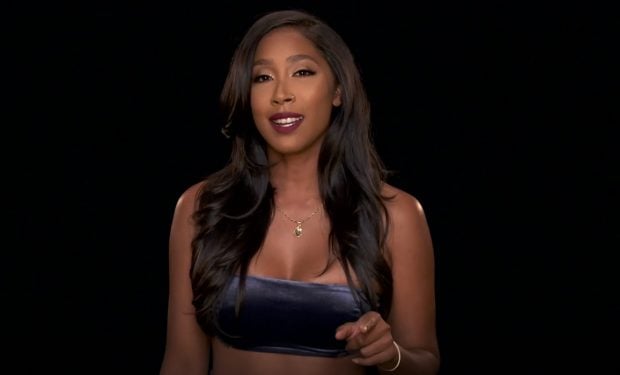 On Season 6 of Love & Hip Hop Hollywood, Moniece Slaughter goes head-to-head with Apryl Jones who is rumored to have a thing with her ex’s B2K bandmate Lil’ Fizz, who is also the father of Moniece’s 9-year-old son, Kameron Frederic.

When not filming Love & Hip Hop Hollywood or spending time with her own two kids, Apryl is often posing in a sexy string bikini… sometimes indoors (in a shower) and sometimes outside on a balcony with breathtaking views of L.A.

In the photo below, Apryl is taking a shower in the “Glow All Out” bikini by Icon Swim that features a tribal print with a peek-a-boo design on the top and cut-out design on the bottom.

She looks good in a bikini outside of the house, too!