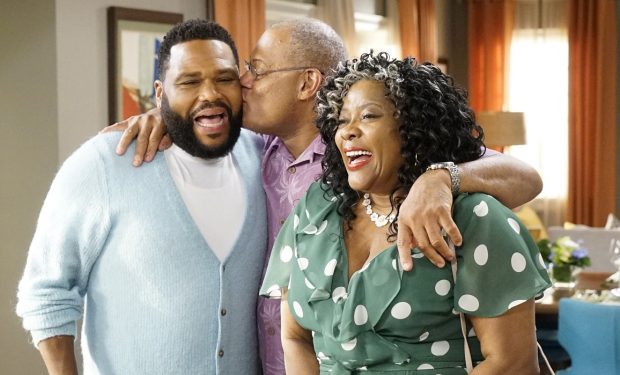 On the Season 6 premiere of black-ish, “Pops the Question,” while Junior (Marcus Scribner) is out on his own and the twins enter eighth grade, Dre (Anthony Anderson) is surprised to learn that his father, Earl aka Pops (Laurence Fishburne) is getting married.

His fiancee, Lynette, is portrayed by Loretta Devine. Devine has warned fans that her character will be “stirring up trouble.”

Devine is known for her roles on the TV shows The Carmichael Show (hilarious as Jerrod’s mother Cynthia), The Client List (Georgia Cummings), Grey’s Anatomy (Adele Webber), Boston Public (Marla Hendricks), and in films including Crash (Shaniqua), and Waiting to Exhale (Gloria Matthews), among many others.

Devine also brought to life the character of Lorrell, one of the three original “Dreamgirls” in Michael Bennett’s award-winning Broadway musical.

black-ish airs Tuesdays at 9:30 pm on ABC, right after its spin-off mixed-ish at 9 pm.