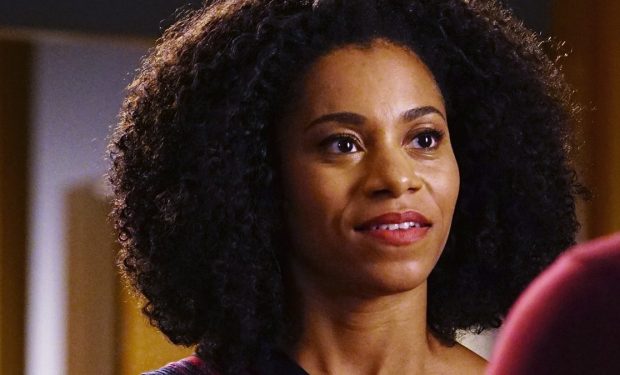 When not filming Grey’s Anatomy, McCreary spends time with her gorgeous new husband, director Pete Chatmon. (They married in May.)

In the video above, from their honeymoon in Chiangmai, Thailand, McCreary says: she raced her husband “up a ‘sticky’ limestone waterfall” and finished with a Spider Woman-esque “power pose.”

Grey’s Anatomy airs Thursdays at 8 pm on ABC, right before A Million Little Things at 9 pm, which is followed by How to Get Away with Murder at 10 pm. [BONUS: Stream any ABC show through the ABC GO Digital App found here. Download is FREE.]