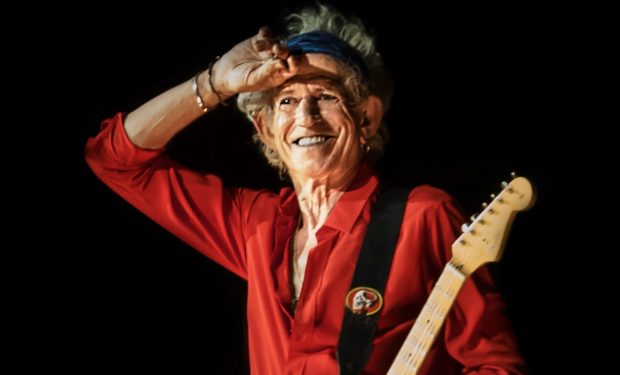 There is no shortage of gorgeous, talented and famous people at The 71st Annual Primetime Emmy Awards. Filmed from the Microsoft Theater in Los Angeles, the annual ceremony celebrates the best of television including Game of Thrones which leads with 32 nominates.

Alexandra Richards, professional model and daughter of Rolling Stones guitarist and Rock and Roll Hall of Famer Keith Richards (and model Patti Hansen!) DJ’ed at the Emmys party at the West Hollywood historic hotel Sunset Tower Hotel. Located on the Sunset Strip, celebrities including John Wayne and Howard Hughes once lived in the Art Deco building.

Alexandra Richards rocked a stunning, plunging neckline silver dress by HAMEL. Jennifer Lopez is a big fan of HAMEL, too.

The 33-year-old 5’10” blonde just got married, too, in her hometown of Weston, Connecticut.

The 71st Annual Primetime Emmy Awards will air on Sunday, September 22 at 8 pm on FOX.