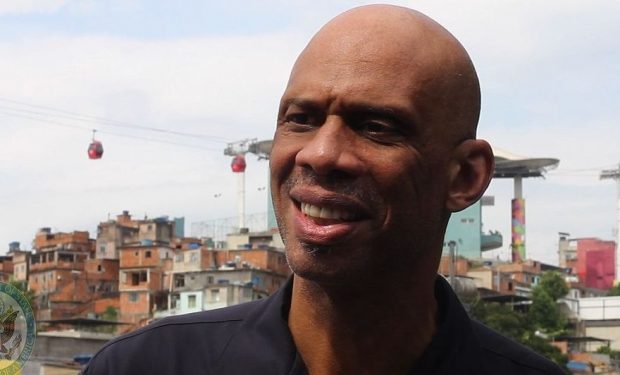 Basketball legend, writer, actor and Celebrity Jeopardy stalwart Kareem Abdul-Jabbar has always been incisive. Yes, the man who scored more points than anyone else in NBA history can also score more points in a paragraph than many Pulitzer Prize winners. To wit, Abdul-Jabbar takes disgraced comedian Shane Gillis to the cleaners in a blistering examination of Gillis’s unfunny racism for The Hollywood Reporter, where Abdul-Jabbar’s voice is a constant thrum of decency.

Those comedians who traffic in lazy juvenile humor, often offensive and clannish, are the opposite of that. Like Gillis, they are “just another middle-schooler blowing milk out their nose for a quick laugh, not caring who they spatter with milky snot in the process.”

Abdul-Jabbar reminds us in unambiguous language that “racism isn’t an artistic risk, it’s just an expression of cultural ignorance and professional laziness.”