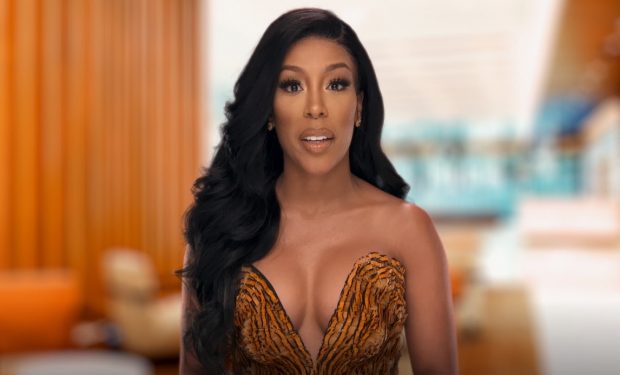 On Season 6 of Love & Hip Hop Hollywood, Kimberly Pate (aka K. Michelle) announces that she’s expecting another child with a surrogate. It will be her second child. The R&B-turned-country singer is the mother of teenager Chase Bowman. Fans met Chase’s father, Brian Bowman, on an episode of her other reality TV show, K.Michelle: My Life in 2014. The couple reunited after five years of not speaking to each other — see video below.

Fast forward ten years and Chase is now 15. For his birthday, Kimberly presented her boy with a blue Mercedes-Benz truck. His reaction is one of disbelief. “It can’t be,” he says repeatedly as he approaches the vehicle parked in a lot with a big red bow on top. Kimberly wrote: “I hope you and your friends live it up in your new benz truck. SAFELY. But first you gotta learn how to drive sir.”