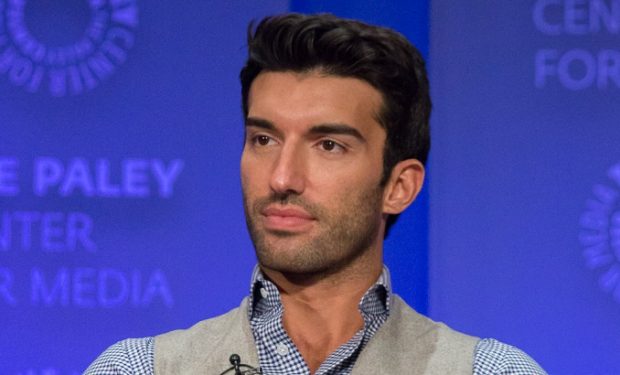 Actor Justin Baldoni is best known for his role as Rafael Solano in the TV show Jane the Virgin with Gina Rodriguez. But the 35-year-old is also a husband and a father. He married the gorgeous Swedish actress Emily (nee Fuxler) Baldoni in 2013. They have two young children: a 4-year-old daughter and an almost 2-year-old son Maxwell.

The Baldonis have been spending quality time together this summer. Emily has been flaunting her incredibly toned body in bikinis and somehow makes breastfeeding wraps look chic and sexy! She captioned the photo below, “getting cheeky!”

When not hanging out with his beautiful family, Justin Baldoni is getting ready to direct his next film, the teen drama Clouds starring Sabrina Carpenter, Steffan Argus and Madison Iseman. It’s based on the memoir Fly a Little Higher by Laura Sobiech, mother of Zach Sobiech, a teenager who was diagnosed with a rare bone cancer.