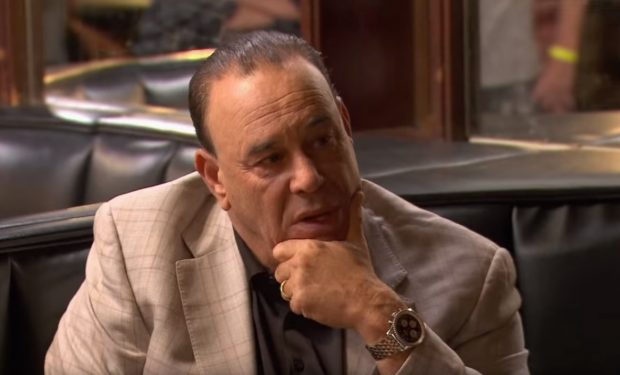 Jon Taffer at The Fifth on Bar Rescue, Paramount Network

In the Bar Rescue episode “Get Off Your Ass!”, Jon Taffer travels to West Bountiful, Utah to check out The Fifth (originally a nod to the Fifth Amendment) and meet Brad Hepworthy, the man who has owned the bar for the past 20 years.

Before Taffer walks into the place, he sends in new customers while he removes the employees from the bar, one by one. With about 20 customers waiting to be served and not one employee in the building, Hepworthy stays seated at a booth. “Any owner who doesn’t notice that the bar is packed and there’s no employees either doesn’t care or is an idiot,” says Taffer with bulging eyes. When Taffer’s friend in the recon car with him says, “This is kind of hard to watch,” Taffer jokes, “Not for him.”

When Taffer finally marches in and introduces himself and points out the obvious — that there are 22 customers waiting to be served and there are no bartenders left — Hepworthy says, “I can’t serve them because I’ve been drinkin’.” He also admits to not knowing how to work the cash register. It really is hard to watch.