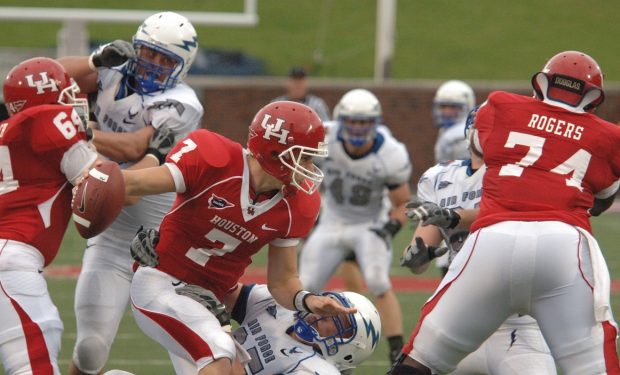 The University of Houston Cougars football team is heading to Louisiana to play Tulane University at Yulman Stadium on Thursday, September 19. Green Wave quarterback Justin McMillan is off to a great start this season (2-1) and Houston quarterback D’Eriq King is looking to break his FBS-record to become the first player to both pass and rush for a touchdown in 15 consecutive games. (Tim Tebow holds the record, 14, from his days playing for Florida in 2006.)

Before playing college football, King played wide receiver at Manvel High School with Kyler Murray, who is now the NFL quarterback for the Arizona Cardinals.