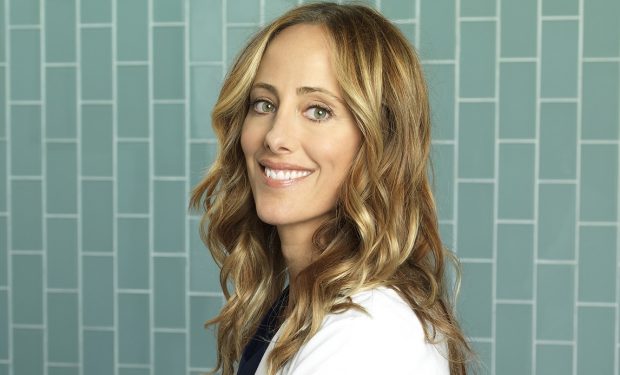 When not filming Grey’s Anatomy, Raver enjoys her down time in a black strapless monokini. In the video below, the 50-year-old mother of two dives into ice cold water after a yoga session and says, “It feels so good!”

Raver shares one of her workout regimens in the video below…

Grey’s Anatomy airs Thursdays at 8 pm on ABC, right before A Million Little Things at 9 pm, which is followed by How to Get Away with Murder at 10 pm. [BONUS: Stream any ABC show through the ABC GO Digital App found here. Download is FREE.]