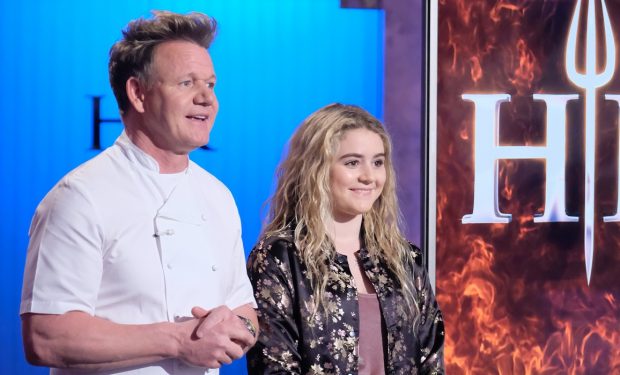 On Season 10 of MasterChef, the Top Six home cooks travel to London where they face a new daunting challenge. They must feed 36 diners including Gordon Ramsay and his family at the celeb chef’s flagship restaurant, Restaurant Gordon Ramsay. Oh, and the chef have just 45 minutes to cook and serve.

Gordon Ramsay’s family have appeared on TV before — including his gorgeous 17-year-old daughter Matilda “Tilly” Ramsay. The young television chef starred on the BBC cooking show Matilda and the Ramsay Bunch with her family and, when 16, she appeared on Gordon Ramsay’s Hell’s Kitchen (see featured photo above).

Since last time Tilly appeared on one of her father’s shows, she is working a more grown up look as you can see, showing off a Calvin Klein bikini bra top in pictures where she’s clearly having some fun!