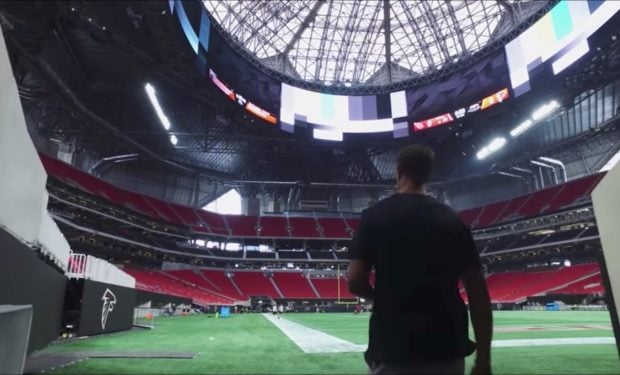 During the Atlanta Falcons‘ preseason opener against the Denver Broncos, 24-year-old quarterback Kurt Benkert injured his toe during the Hall of Fame game. It’s a shame as, according to CBS Sports, Benkert “impressed more so than any other quarterback in the matchup, and completed 19-of-34 passes for 185 yards and a touchdown.”

When not on the field, Benkert spends time with his high school sweetheart and wife of three years, Sam Benkert.

Mrs. Benkert recently posted a photo of her posing in a string bikini and wrote: “Raise your hand if you’re still learning to love your body” — although she should feel super confident!

The young couple married in 2016, when Benkert transferred from East Carolina University to the University of Virginia. In 2018, Benkert signed with the Falcons as an undrafted free agent.