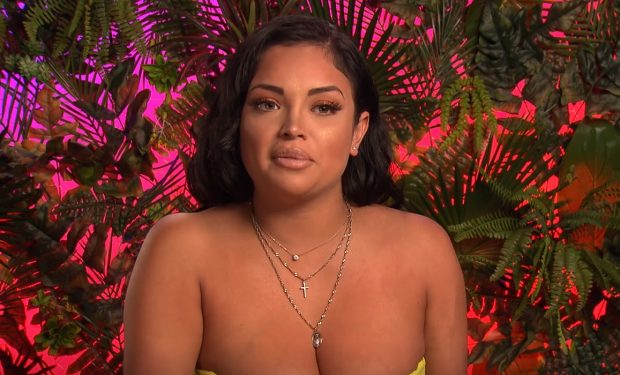 Geles on Ex on the Beach, MTV

On the Ex on the Beach episode “Coffey Run,” while Cameron deals with his ex Ariana crashing his date with Alexis, former NFL cheerleader Geles lies on top of Anthony B. on the sofa (video below). She admits she’s frustrated with Anthony because she knows he likes her but, as she says, “I know he’s holding back.”

Geles doesn’t want a Cameron repeat. “Cameron screwed me over,” she says, “and I don’t want that to happen again.”

When Anthony tells Geles he doesn’t know what their future together looks like, she protests and says (while readjusting her body on top of his on a sofa), “You sound just like Cameron.”

Anthony takes the comparison as a real insult as he says, “Cameron is a scumbag.” Geles regrets the comparison and tells Anthony: “I’ve already given up a lot of who I am to make you happy.” Ex on the Beach airs Thursdays at 9 pm on MTV.