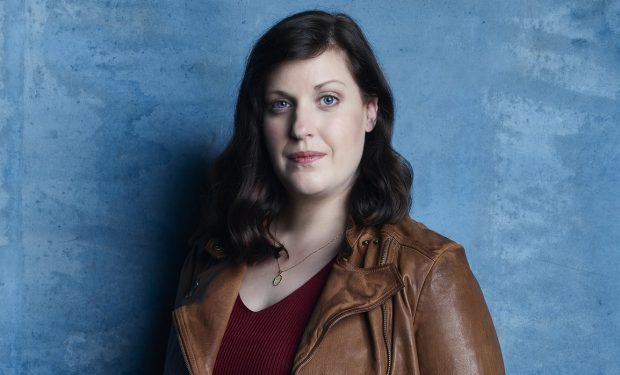 Allison Tolman (Good Girls) stars in the new sci-fi thriller family drama Emergence. She plays police chief Jo Evans who finds a girl (Alexa Swinton) near a plane crash who can’t remember anything. Jo, who was raised by a single dad (Clancy Brown), doesn’t want the girl to get lost in the system so she brings her home. Jo’s ex-husband Alex (Donald Faison) is wary of Piper, and for good reason. More mystery and danger ensues.

Before the premiere of Emergence, Tolman posted the photo above for by Vavoom Studios in Chicago, and wrote: “tbt to the time I did some light baking in my underwear / I’m not 100% certain what our concept was for this shoot other than just GAMS.”

She captioned the one above: “These ridiculous thirst traps were the result, so I try to find ways to bring them up as often as I can.”