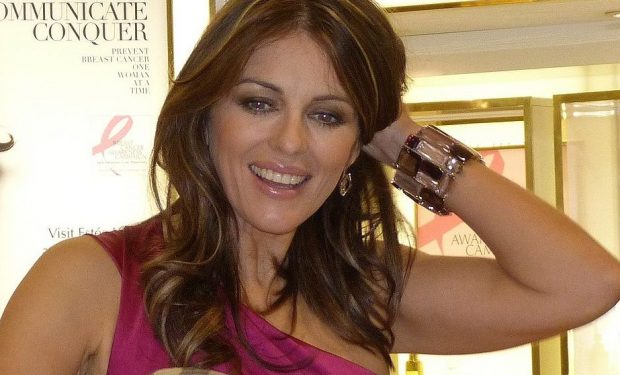 “How is it that you are more beautiful, sexier and younger looking now than you were then??” asks one bedazzled fan, gazing at the stars and planets and the biggest star in the photo — Barberella-clad British supermodel and actress Elizabeth Hurley.

Hurley posted the flashback photo with a nod to photographer Ellen von Unwerth. It’s a pic which another fan simply called “very sexy pose from a gorgeous woman.” Well, that does sum it up. And who can ignore the killer laser gun?

But beyond those considerations the comments were dominated by mentions of Barberella, Jane Fonda‘s insanely attractive space traveler. Many are calling for a Barberella remake starring Hurley, which would probably get the greenest light in Hollywood. Though, as is obvious from the photo below, Hurley seems plenty happy here on earth.