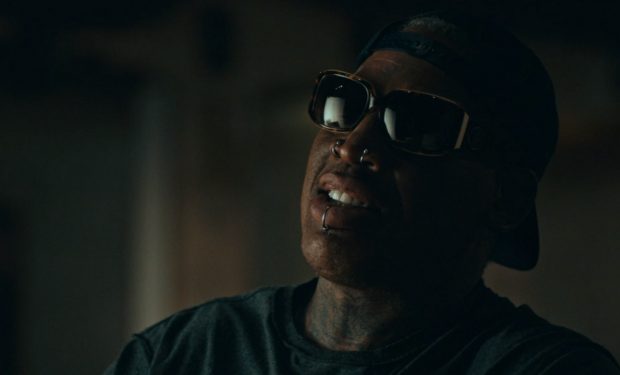 Dennis Rodman in 30 for 30, Rodman: For Better or Worse on ESPN

One of the people interviewed for the 30 for 30 ESPN special “Rodman: For Better or Worse” is the NBA legend’s third ex-wife, Michelle Moyer. The couple had two children together before their marriage was dissolved in 2012.

Their 6’4″ son Dennis “DJ” Rodman, Jr. is currently a freshman at Washington State University, where he’s playing for the men’s basketball team, the Cougars. Their daughter Trinity Rodman, who’s still in high school, is a soccer star and has already committed to UCLA.

According to 247sports, DJ is “more of a scorer” than his father. DJ averaged 24.2 points, 8.9 rebounds and 1.2 assists during his last season at high school. Like his father, DJ reportedly brings “good defensive instincts to the court.”

The 30 for 30 special Rodman: For Better or Worse premieres on ESPN on Tuesday, September 10 at 9 pm.