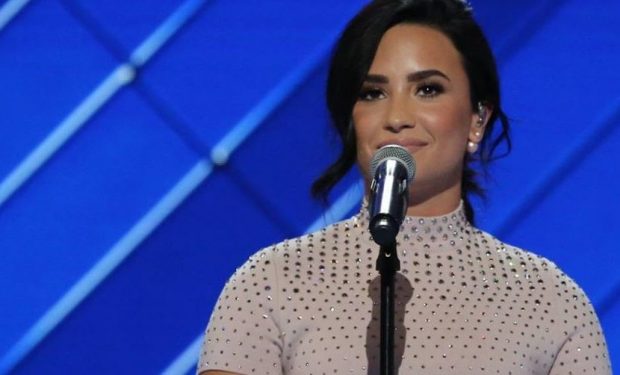 Braun is often at the top of the list of commenters on Lovato’s popular Instagram posts, usually with a quick word or fun emoji. But in Lovato’s breakout post last week, when she courageously shared an undoctored photo of her on vacation in a bikini, Braun was more emotional and more pumped up.

Lovato’s post was raw and unguarded — she bravely celebrated her own body as it really is, and vowed to begin a “new chapter” in her life being “authentic to who I am.” Nearly ten million fans have liked the post since, appreciating her for being “unashamed, unafraid.”

Scooter Braun’s response to his new client’s emotion reveal was itself emotional and seismic. He wrote: ” YOU did this. YOU.YOU are amazing…YOU are smart…you are beautiful... you are wonderful… you are brave…and you are kind. And I’m proud of YOU. Hell Im proud to know YOU! Bravo for loving YOU first and in turn inspiring millions.”

Here are some photos Lovato says she edited before posting: