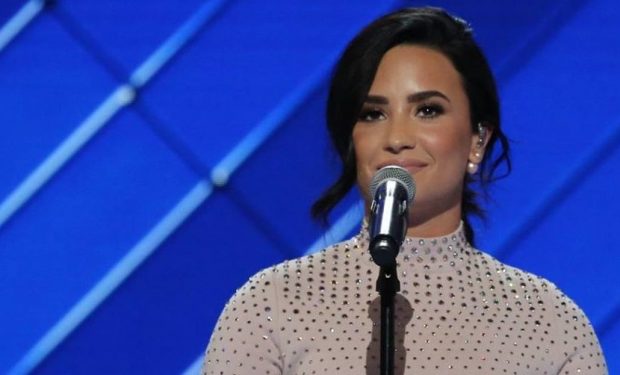 Demi Lovato selfied up again recently with a new leopard print bikini just days after releasing her first newsbreaking viral “no photoshop” bikini pic, where she proudly called herself out for “cellulit” (sic, as in CelluLIT!) and her pride.

In the second photo, Lovato looks more like her previous image as a pop star diva, fans have pointed out. Here is the latest Lovato bikini photo.

Lovato’s Will & Grace co-stars Debra Messing and Megan Mullally each chimed in on this one, with Mullaly saying simply “way to crush a post.”

This more recent post had much less content about Lovato’s “biggest fear” — “a photo of me in a bikini unedited.” The previous post, in which the star looks a lot different, is below.