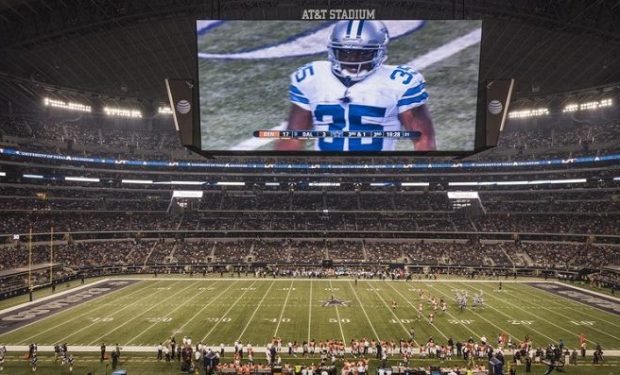 Before the Dallas Cowboys head to New Orleans to play the Saints, sportswriters are predicting what the Cowboys are going to do in order to win in the Superdome which is a tall order, even with quarterback Drew Brees on the sideline with a thumb injury. Blogger Michael Strawn expects rookie Tony Pollard will get a lot time, so much so that he predicts “over 100 combined yards and two touchdowns, one on the ground and one on a screen.”

When the 22-year-old Pollard isn’t on the field, he’s spending time with his gorgeous girlfriend Kania Taylor, who looks amazing in bikinis! She captioned the bikini selfie below: “He don’t mind me showing off because he know it’s his.”

The Dallas Cowboys vs. New Orleans Saints game will broadcast live on Sunday, September 29 at 8:15 pm on NBC.