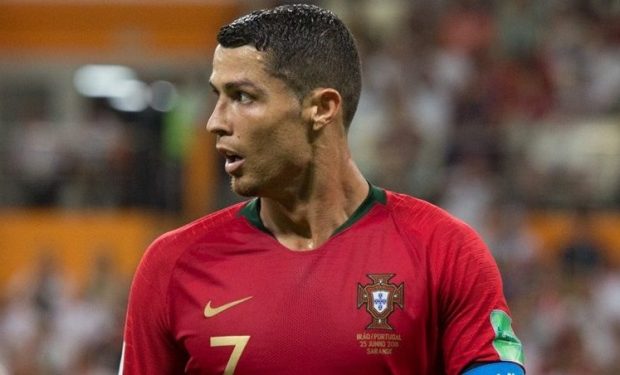 When soccer superstar Cristiano Ronaldo is awarded a free kick anywhere in the attacking half of the field, there is a very good chance that the world’s best player will put a shot on goal that forces the opposing goalkeeper to summon all his athleticism to make a save.

But there is an even better chance that before Cristiano takes the kick he will pull up his shorts and flex his leg muscles for the cameras, delivering to his fans a close-up of the muscle sinews he has worked so hard to acquire. It’s impressive, this little pre-kick fashion show routine — especially if the kick goes in. This is a man who loves his legs and who can blame him? You know who else loves Cristiano’s legs? Portugal!

Cristiano chose a photo (above) that demonstrates how he looks to have been sculpted by Michelangelo to share the news that he will again be playing for his country — and that it’s always a pleasure to do so. “It is always a pleasure to return and to represent Portugal!” writes the superstar.