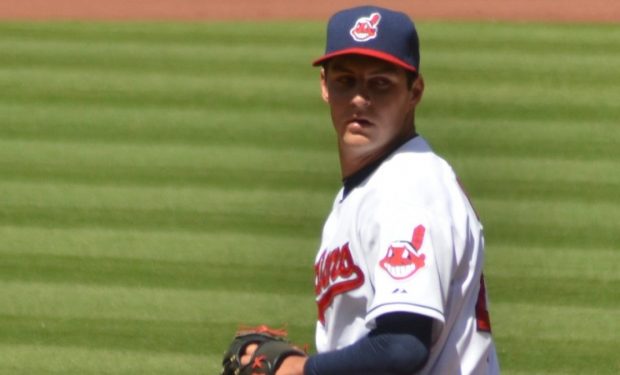 When not on the mound, Cincinnati Reds pitcher Trevor Bauer spends time with baby animals including Limbani, the baby chimpanzee at the Zoological Wildlife Foundation in Miami. See video below. Yes, we are aware that chimpanzees are different than monkeys — but Bauer did recently admit to carrying a metaphorical monkey on his back before pitching against the Arizona Diamondbacks in Phoenix on September 15.

After Cincinnati won the game 3-1, Bauer dedicated the game to a pre-game heckler. Keep in mind, Bauer was selected third overall in the 2011 Major League Baseball Draft by the Diamondbacks.

Bauer said that before the game while he was walking in from the bullpen “a grown man” waited until Bauer walked about ten feet by him and said, ‘You’re going to give it up early and often today, Bauer. You still suck!’

Bauer was disappointed that the man “couldn’t say it to my face” but opted to dedicate the game to him anyway. “Stay strong, bud,” he told the anonymous heckler.

Watch MLB Baseball on ESPN. [NOTE: Get the ESPN digital app and watch any show. It’s free to download.]