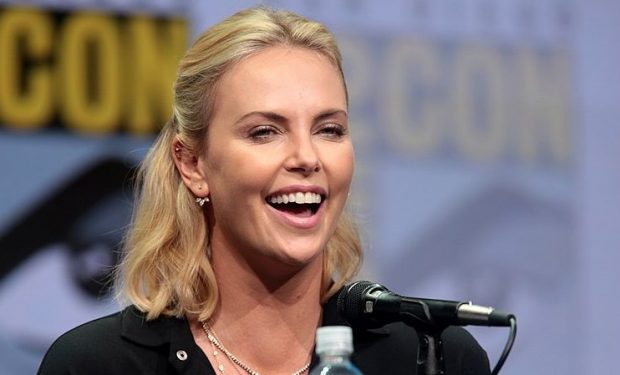 Academy Award-winning actress Charlize Theron is sharing photos from her vacation including the one below where she dives off a boat in a white bikini. The South African beauty captioned it: “Ass in the air, happy to be there.”

Some fans say it reminds them of singer Chynna Phillips’ haircut in the 90s, when she and Brian Wilson’s daughters Carnie Wilson and Wendy Wilson, sang together as the trio Wilson Phillips.

Theron has recently been rocking a short dark bob, as seen on the cover of Marie Claire earlier this year.