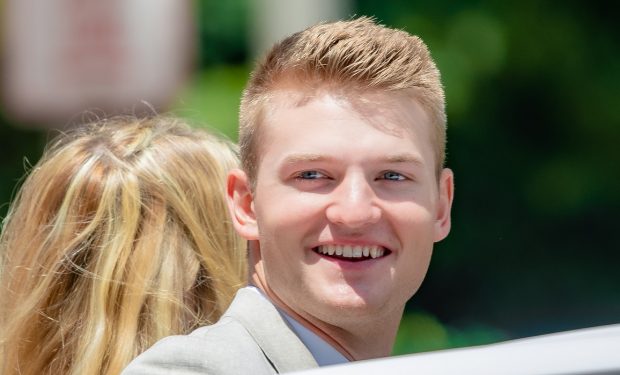 There are a handful of young talented pitchers on the Atlanta Braves who are ready and willing to throw against the Philadelphia Phillies, including Colombian-born Julio Teheran and Canadian-born Mike Soroka.

Soroka committed to play college baseball for the University of California, Berkeley before being signed by the Braves after the 2015 MLB Draft. In April 2019, the 21-year-old became the youngest pitcher in the National League to take the mound, and he became the youngest Atlanta Braves pitcher to be named an MLB All-Star. He turned 22 in August.

When not on the mound, Soroka spends time with his girlfriend Jenna Silverberg. She’s not just gorgeous (see bikini pic above), but she’s smart and an athlete!

Silverberg is a track and field star and a dancer. See crazy mid-air split below!

The Atlanta Braves face the Philadelphia Phillies at Citizens Bank Park on Wednesday, September 11 at 7 pm on ESPN.