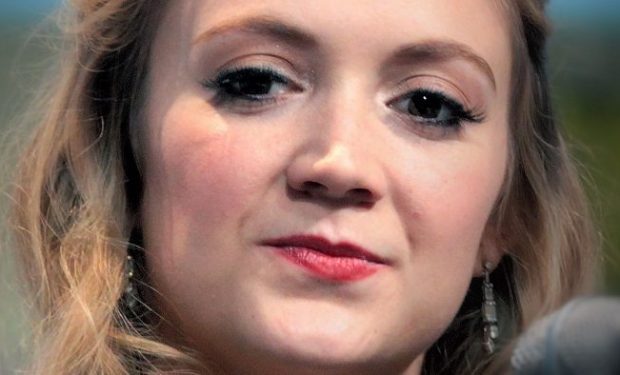 Season 9 of American Horror Story is set in the summer of 1984. Five friends escape Los Angeles and head into the woods to work as counselors at Camp Redwood. While adjusting to their new jobs, they realize “the only thing scarier than campfire tales is the past coming to haunt you.”

When not filming American Horror Story, Lourd has been enjoying her downtime with friends and conquering some of her fears. In the video above, while wearing a string bikini, Lourd jumps from a cliff/platform and into the water while holding a can of beer. She reports: “My beer and my breathing abilities suffered but I conquered my fear y’all!!”