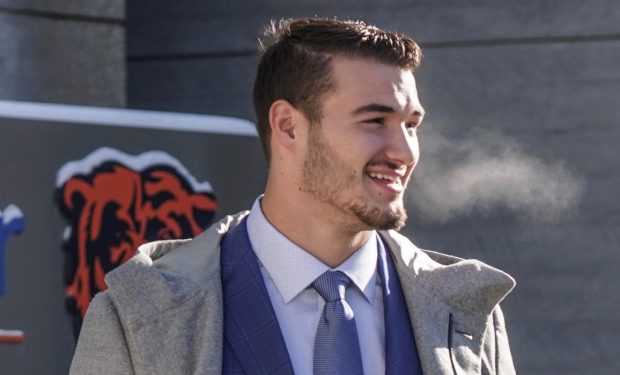 The NFL’s Chicago Bears face their oldest rival, the Green Bay Packers, at Soldier Field on Thursday, September 5 at 8:15 pm on NBC. It will be the 199th game between the two Midwest foes! The pressure is on Chicago Bears quarterback Mitch Trubisky. His gorgeous girlfriend Hillary Gallagher will be cheering him on.

The 25-year-old quarterback played college football at the University of North Carolina under head coach Larry Fedora before being drafted by the Bears in the 2017 NFL Draft.

Gallagher is a marketing major and Kappa Delta sorority sister at Florida State University who is graduating this fall. On campus, in the photo below, she wrote: “Never lost a tailgate.”