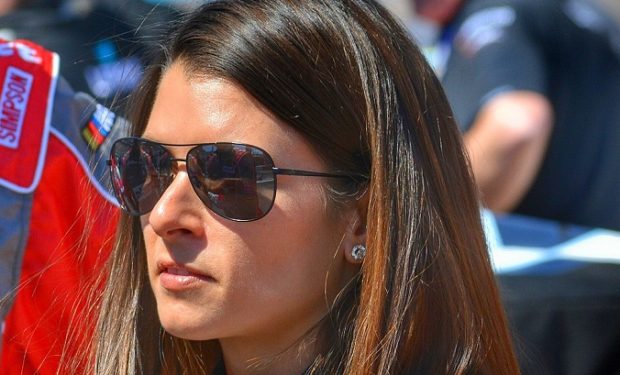 Nobody works out harder than NFL players, right? They are the biggest, strongest, fastest, meanest dudes in the professional sports ranks. So looking for someone to model a workout after, think NFL players. Workout legend Dwayne “The Rock” Johnson played football at the University of Miami with his eyes on making the NFL before Hollywood called — those NFL dreams are how he developed his insane workout ethic and stamina.

So it’s safe to say there aren’t any NFL players whose girlfriends can out work them in the gym, right? Well, you just can’t make that assumption after seeing racing legend and glass ceiling smasher Danica Patrick hitting the out door gym in the workout below.

And she also knows plenty about how social media works — that booty shot she delivers at the very beginning before she starts jumping rope? That’s no accident, showing off her gym shorts that look painted onto what can only be described as her serious steel-like buns.

Rodgers does, however, look like he’s staying in shape: