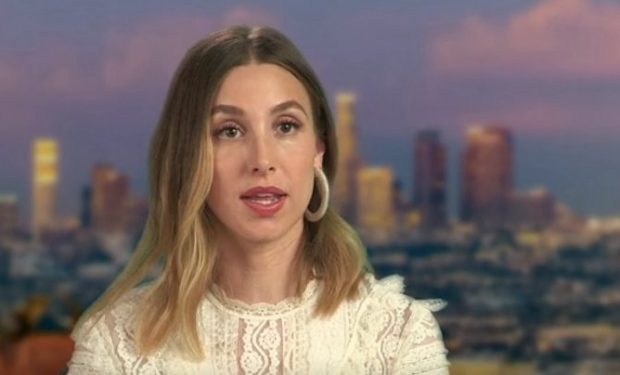 Reality TV star Whitney Port, 34, has come a long way since her days on The Hills. But that doesn’t mean she doesn’t regret anything she did or didn’t do. The Hills: New Beginnings star recently revealed on her podcast “With Whit” that, ten years ago, Leonardo DiCarprio once offered her a one-night stand. Port says she was too shy to go through with it.

“I have been dying to tell people this story for ages!” Whitney said. “I feel like whenever I tell it to friends, no one believes me.”

Port, who has been married now for four years and is a mom, added: “I was way too nervous to do it and then I lost my chance and it’s really one of my biggest regrets in life.”

Keep in mind, ten years ago, DiCaprio already had three Oscar nominations under his belt (What’s Eating Gilbert Grape, The Aviator, Blood Diamond). He won Best Actor in 2016 for The Revenant.

On the podcast, Port wondered aloud if DiCaprio remembers the exchange. If he does, he got over it. The Oscar-winning actor is currently dating gorgeous 22-year-old model, Camila Morrone.