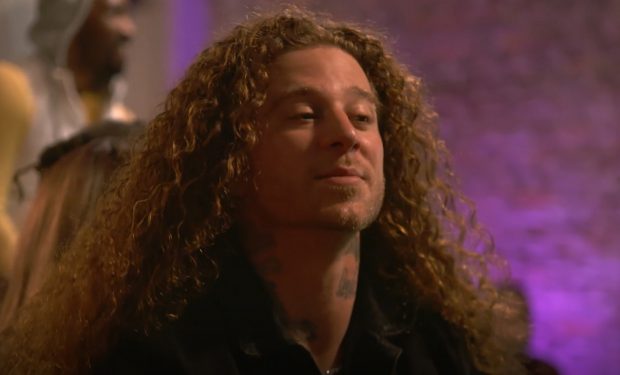 The cast of Love & Hip Hop Hollywood returns for Season 6 including R&B singer turning country star K. Michelle, who now goes by the name Kimberly, and Moniece Slaughter who’s trying to shake her “problematic baby mama” persona. There are also a number of new faces added to the show including white rapper Micky Munday.

In the video above, Munday shows off his “late night freestyle” in a hot tub he shares with two bikini models. One of his lines is: “I tell my story like a campfire, twilight flow, pale face like a vampire.”

Micky’s told his performance is hip hop but he looks rock ‘n roll. He has long dirty blond hair, usually has a full beard, and often wears a bandana around his forehead.

On Love & Hip Hop Hollywood Micky says: “In the people’s eyes, I’m trying to be something that I’m not.” When asked if he’s worried about not being part of the African-American community in the hip hop world, he replies with a question: “Does it bother me or does it bother other people?”